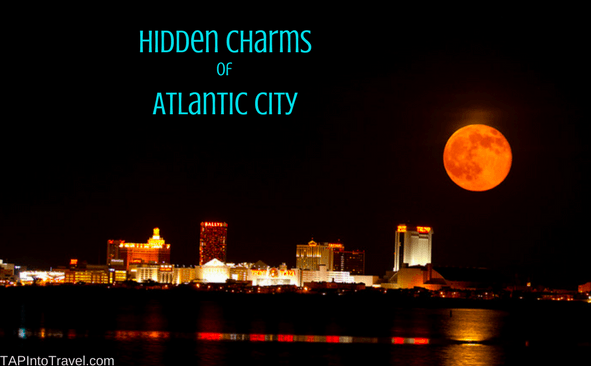 “Put your makeup on, fix your hair up pretty, and meet me tonight in Atlantic City.” – Bruce Springsteen, Atlantic City

When The Boss first sang with longing about an Atlantic City comeback in 1982, he created a beacon of hope for the entire nation. Today, the city has answered his call to rise again. Just like the characters in the namesake song, its charms lay in the everyday people who are creating extraordinary experiences for those who travel to “America’s Playground”.

Many of the more enticing establishments are found off the beaten path, away from the flashing lights of the casino district. One of the most celebrated of these is an authentic Italian restaurant that’s literally located in a house basement, with a firm policy of BYOB. But don’t let its humble locale fool you: Chef Vola’s has one of the longest waiting lists in the city, with tables booking up weeks in advance. This family-owned restaurant has been serving up monstrous portions of their sumptuous homemade dishes since 1921. For a time during Prohibition, the owners were even rumored to have operated a speakeasy. Today, its intimate old-school atmosphere makes for one of the most unique dining experiences in the area.

Another gem you won’t want to miss is Dante Hall Theater, a 240-seater originally built in 1926 in the neighborhood nicknamed “Ducktown” which runs from Missouri to Texas Ave. After closing in the 1980’s, this performing arts center was restored and revitalized, and by 2011 had become part of Stockton University. Performances have included ‘On Kentucky Avenue’ and ‘Five at the 5’, both highlighting the city’s bygone club scene days when Club Harlem and the 500 Club drew in the country’s best musical talent. The cozy space also features films, lectures, poetry readings, and artistic events that delve into the city’s vibrant culture.

Atlantic City’s long and colorful history makes for many unique ventures if you’re willing to put on your walking shoes, step off the boardwalk, and find the uncommon adventures that await you among the passions and purpose of the common people who call this oceanside community their home.

from TAP into Travel Blog http://ift.tt/2nx8xhT