7 Ways to Get Ripped Off in Barcelona 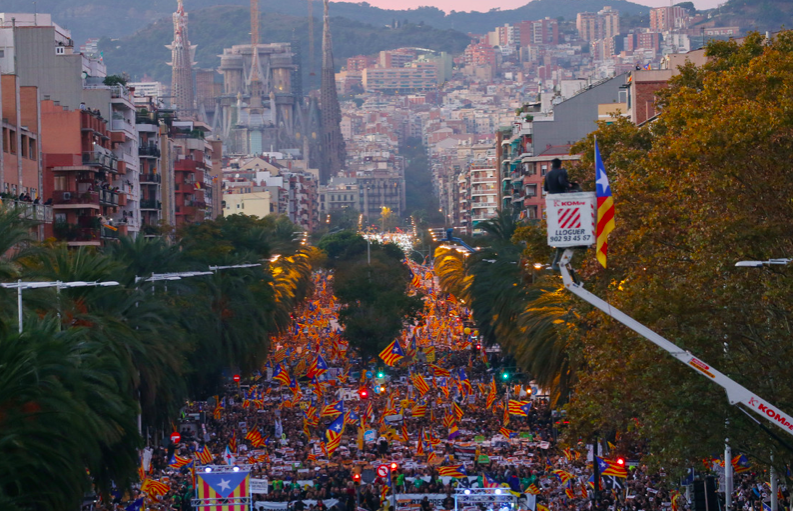 If you’ve had friends who’ve travelled to Barcelona, they’ve probably come home from an insane week-long bender with tales about chucking caution to the wind, devouring the best food of their lives and partying with strangers through the night until sunrise on the beach. Since Barcelona is Stoke’s wild, beautiful European base, we’ve come to know her well. She may be your best bad influence, but she’s also the one who steals your stuff, takes your money for drinks, and won’t hit you back for the cab at the end of the night.  Here are some guaranteed ways to get ripped off in one of the most legendary, stellar cities in the world, and a few tricks to avoid them.

If you think you’re good with your hands, the pickpockets of Barcelona will put you to shame. Masters of distraction and deception, they’ll jack your phone and wallet with a mystical disappearance that would make Houdini blush. Don’t let looks deceive you, either – it could be that the only number that hottie at the club wants from you is the one on your Mastercard.

To avoid finding yourself possessionless you should probably become a recluse, hermited up alone under the covers in your hostel bed for your Barca vacay. If you venture into the dangerous cut-throat outdoors, exclusively go nude to let the thieves know you have absolutely nothing for them to steal. If you must bring a bag, fill all extra pockets with spaghetti, shit, and bees as a nasty surprise for any pickpocket trying to sneak in a cheeky finger.

Or, ya know, just keep your stuff in front of you on the metro and don’t leave your wallet in your back pocket like a dumbass. Don’t let strangers touch you in the street, and remember that any stranger who refers to you as My friend, is almost certainly not your friend. Plus, losing a phone in Barcelona is basically a twisted rite of passage.

A stock photo of paella as restaurant advertisement is just about as reliable as Alejandro, 25, 1.89m’s Tinder ab selfie. Unless you want to be dished up reheated, watery paella and shitty “authentic” sangria, avoid the stock photo restaurants at all costs, especially any place directly on Las Ramblas. They will charge you an arm, a leg, 5% of your future income, and the soul of your firstborn child for a meal you could chef up with a microwave and some frozen shrimp.

Finding good paella takes major skill. Usually, the mom-and-pop restaurants will make you paella to order instead of a frozen dinner that’ll break the bank. If you don’t trust your own sketchy judgment, ask a local what’s good, and remember that real paella is golden brown, never yellow. Yellow paella is a major non non.

Buying drinks on the beach

We get it, nothing feels like a relaxing vacation more than sipping a fancy pink fruity drink with a teensy cocktail umbrella right on the beach. Barcelona’s oceanside bars (called “chiringuitos”) know that tourists will toss major coinage to feel beachy and posh. Before you know it, you’re five margs deep and dizzily squinting at the bill wondering how the fuck you’ve managed to spend €55 in one go. You told yourself you’d only get a drink or two: a lie we’ve all told ourselves before waking up on a park bench in the blinding light of the next morning dazed, dry-mouthed, clutching a stolen glass from a mystery bar.

To avoid the following drunken disbelief, mild self-loathing, and empty pockets, we recommend buying a cheap bottle of local wine and going to the beach for €0. Or if you want to make your friends green with envy, feel like a boujee swashbucklin’ pirate, and toss back unlimited sangria and beer whilst sailing the ocean blue for the price of three piña coladas on the beach, Stoke’s got you covered with our official legendary Barcelona Boat Parties.

Making it rain at the club

The drunk mind does what the sober heart wants, and that includes selling your left kidney for a single vodka Redbull at the club. Your delirious drunk self might think it’s a stroke of suave genius to purchase 12 tequila shots for a picante stunner and their whole entourage, but you know what they say: tequila to kill ya (and your wallet). At the classy, polished clubs they’ll milk you for all you’ve got, which includes dishing out at least €7 for a single beer. This is a fucking racket, might I add, considering you can get a decent beer at any market for a handful of chump change.

Our advice: pregame. Pregame hard. Get schwasted before you even think about leaving for the club. Save yourself the bankruptcy headache piledriven on top of your inevitable pulsing hangover migraine. And if the stunner needs heaps of tequila to get on with you, they might not like you that much in the first place.

Everyone loves a tourist whipping their selfie stick around like a lightsaber-wielding Star Wars fanatic at Comic-Con. Nothing screams high fashion like tube socks and jandals. Wearing only swim trunks and your farmer’s tan on the metro is guaranteed to let the locals know you’re a certified beach babe.

Don’t get me wrong, we love practicality and comfort on travel just as much as the next guy. But the Spanish are a fashionable bunch. Your highlighter pink “I LOVE BCN” hoodie is a beacon summoning all the dirty rascals looking for unassuming tourists to swindle, and we’re better than that! So leave the neon green velcro sneakers at home, and tuck that camera away, unless you want to be a big, blinking target for the dicks out there just waiting to rip you off.

Buying anything on Las Ramblas

Las Ramblas is the hot, burning sun at the center of the rip-off universe. The vendors, shopkeepers, and servers there will take advantage of sightseers who are looking for convenience, don’t know there’s cheaper stuff literally a few blocks away, or think they’re getting the genuine, insider Barcelona experience. They’d upcharge the dirt under the pavement on the street if they could.

Please, for the love of god, don’t waste your hard-earned cash on trinkets that you could get for cheap five minutes away when you could be spending those extra euros on alc. We’re throwing caution to the wind here, not our precious euro bills.

A good way to scam yourself is to take taxis when it’s totally unnecessary. If there’s a big event like a festival going on, taxi drivers will charge you three times their regular fee just because they know your turnt ass is desperate for transport.

Barcelona’s public transit is tight. The busses and metros are super cost-effective and will get you where you need to go for a euro or two. Plus, walking is always free, and it’s a good way to work off all the delicious paella and sangria you’ll be scarfing down leagues away from Las Ramblas at those awesome restaurants we mentioned earlier.

Ready to party in one of Europe’s most iconic fiesta destinations? Snag your tickets for one of Stoke’s Barcelona Boat Parties to start your night off right, or join us for our rad Barcelona City Break!

The post 7 Ways to Get Ripped Off in Barcelona appeared first on Stoke Travel.

from Stoke Travel http://bit.ly/2WfFa0A Looking to Xperience something new in travel??? Visit Taylor & Co. Travel’s AllInclusive website at http://bit.ly/2ndHCGE for a Taylor Made Itinerary, and to book your Stoked Xperience