Oktoberfest Surprises for Americans: The Good, the Bad, and the Stokie 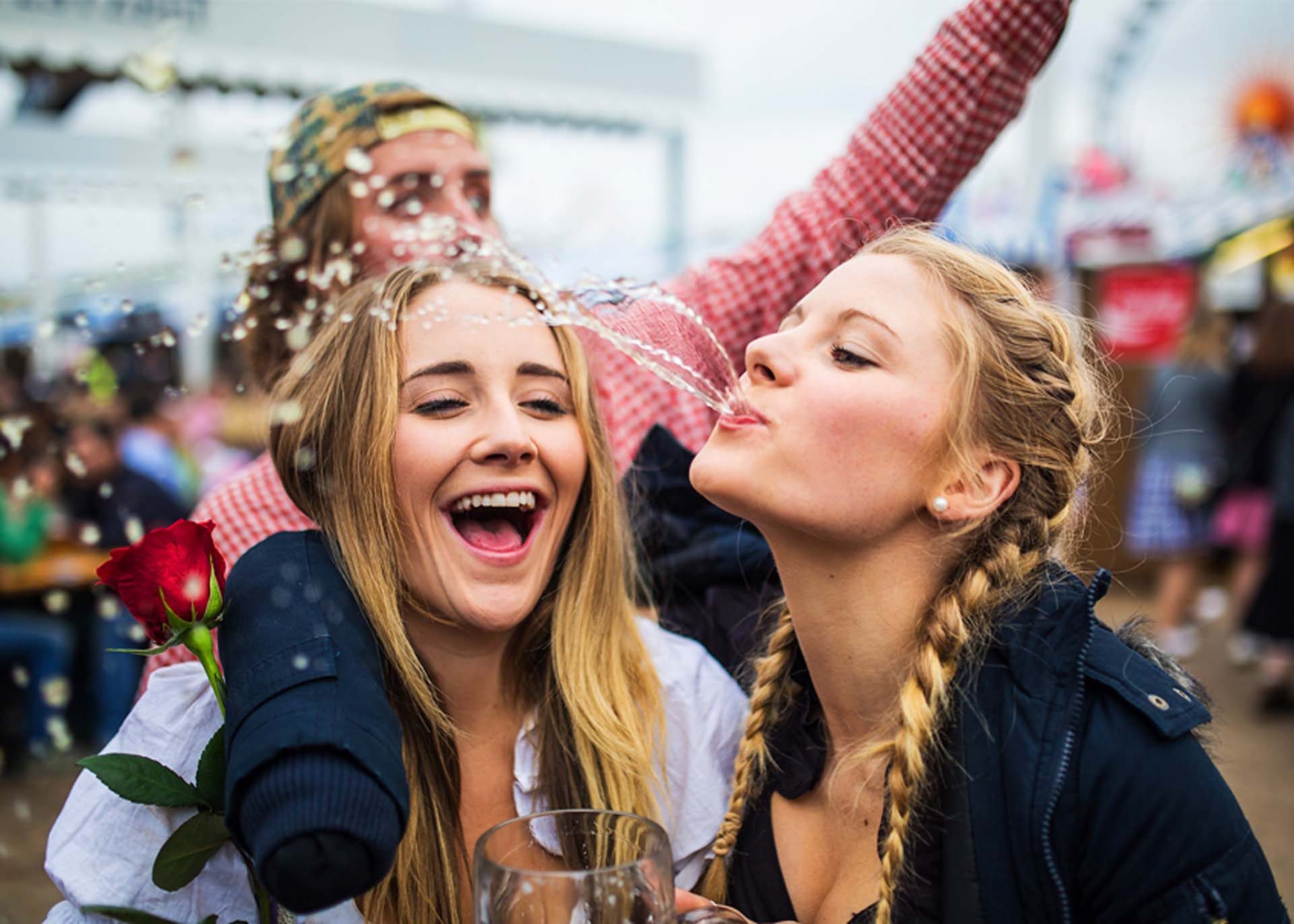 So you’re gallivanting through Europe and think you’re ready to take on Germany’s biggest, raunchiest, wildest festival: Oktoberfest.  Obviously you want to do it the most lit way possible by staying at the legendary Stoketoberfest campground. It’s the perfect place to skull unlimited beer and sangria for 10 euros, party after the beer halls shut down with thousands of fellow international legends, and be whoever your freaky little heart desires.  Here’s what your friend’s ultra-filtered, cutely-captioned Oktoberfest Instagram post won’t tell you about what you’re bound to experience.

You’ll run into people from home.

You go to Oktoberfest to debauch far from where your reputation could be tainted, but you’ll have freak run-ins. You might see Kevin from middle school taking a trip to Puke Hill, the locally designated location for those who need to up-chuck their pretzels.  Maybe Natalie from Pi Delta Phi catches you mid nudie run after you’ve taken your chance with Stoke’s raunchy Wheel of Misfortune.

The world gets ridiculously tiny at Oktoberfest, especially when it’s on the bucket list of every single study abroad from NYU to UCLA.  So don’t run, or at least stagger away in a drunken stupor, from your Kevins and Natalies! This isn’t your typical awkward hometown grocery store run-in!  Chances are you’ll both be schwasted, so grab another beer together and get rowdy!

Believe it or not, Munich in late September does not have the same climate as Mykonos in July.  The beer halls are packed elbow to elbow with your fellow sweaty revelers, so during the festival you won’t freeze your ass off.  But, it might get a little extra chilly frolicking from tent to tent, trekking back to the campground, or if your dirndl is soaking wet after making a shitty attempt to straight-arm a beer.

If you’re sober enough to feel the cold by the time you’re back at the Stoke campground, you clearly haven’t taken advantage of Munich’s mind-blowing beer at the halls.  Fear not, Stoke’s got you covered with beer and sangria flowing to warm your bones and dance parties with live entertainment on the Stoke stage to get your blood flowing.

It’s not a frilly AirBnb experience.  It’s a million times better.  Okay, maybe you didn’t expect our toilets to be quite as gnarly as they are, you’ve seen enough strangers vomit for a lifetime, and you’ve probably heard a ludicrous amount of raucous moans from a tent neighbor or two getting lucky.  But I can guarantee you won’t be dreaming about pristine toilets or having an ungodly surplus of pillows while you’re swigging the extra beer you could afford with the coins you’ve saved by partying with Stoke. And trust me, you’ll have more fun heading home to a rad fest with thousands of your new best friends than a sad, anticlimactic, stuffy apartment.

You wanted to chat up a beer wench, or hit it off with strapping lederhosen-clad local.  Much to your surprise, you hear so many Aussie accents you feel like you’ve wound up in the Land Down Under instead of Bavaria.  For a country with less of a population than Texas, Australians seem to be everywhere.

Embrace it.  They are true masters at having a good time.  But no matter how many Natty Lites you’ve destroyed at your frat parties, never attempt to outdrink them, or it’ll be your turn to hit up Puke Hill.  I made that mistake so you don’t have to.

It will ruin you in the best way possible.  As much as you’ll despise yourself for it, you will be the annoying person who won’t shut up about “that one time at Oktoberfest.”  No Snapchat or Instagram story could convey how delightfully insane your real, nitty gritty experience will be. You’ve hosted house parties, you’ve gotten trashed at frat parties, you’ve rallied at tailgates, but you haven’t seen anything like Oktoberfest yet.

Ready to have a cultural experience so potent you won’t even be able to give your mom the sparknotes?  Join us at our biggest, all-inclusive event of the festival season to toss back some German beer and make American parties look like kindergarten recess.

The post Oktoberfest Surprises for Americans: The Good, the Bad, and the Stokie appeared first on Stoke Travel.

from Stoke Travel http://bit.ly/2VGhiTH Looking to Xperience something new in travel??? Visit Taylor & Co. Travel’s AllInclusive website at http://bit.ly/2ndHCGE for a Taylor Made Itinerary, and to book your Stoked Xperience

Kraftwerk and Underworld to celebrate 20 years of Cocoon in Ibiza

Visit the Spa on Your Secrets Getaway!