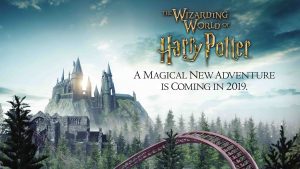 Here comes a news for the adventure-lovers and the fans of Hagrid’s from Harry Potter. A magical motorbike’s adventure ride is announced to be launched this summer and is getting much attention and hype in the people due to it being referred to as Hagrid’s magical creature’s motorbike. 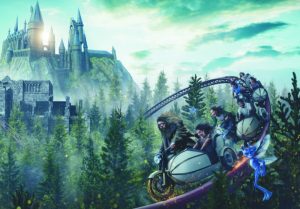 The ride will transport passengers to one of the most mysterious places in the wizarding world, the Forbidden Forest.

When the new Universal ride opens on June 13, guests at least 48 inches tall will join Hagrid’s Care of Magical Creatures class and board the magical motorbikes. Whether on the motorcycle itself or in its sidecar, guests will fly deep into the Forbidden Forest and brave the mysteries and thrills beyond the grounds of Hogwarts castle.

The ride will reach top speeds of over 50 miles per hour as it launches passengers forward and backward. 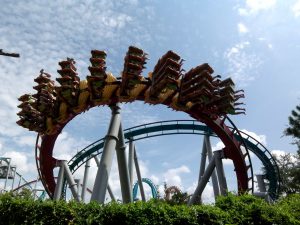 Guests in Orlando will also witness some of the wizarding world’s rarest magical creatures, including a Centaur, a swarm of Cornish Pixies, Fluffy the three-headed dog and a creature never been seen in the films.

Riders will encounter several obstacles, surprises and even become entangled in a thicket of Devil’s Snare. The attraction will join the lineup of award-winning entertainment experiences in The Wizarding World of Harry Potter and bring an all-new adventure to the theme park.

Tourism Is Booming in Africa