Hawaiian service gets debut by the Southwest airlines after months of working and gaining approval! 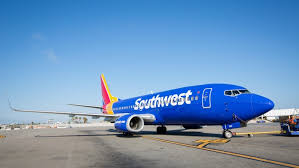 After months of working to gain approval and planning, a Southwest Airlines plane carrying paying passengers finally landed in Hawaii Sunday, completing the carrier’s move to add service to the tropical paradise.

When the plane landed in Honolulu, travelers were met with lei greetings, hula dancers, hapa-haole music and a display of aloha attire.

Southwest announced its plans to enter the Hawaiian market last year, but they were temporarily delayed due to the government shutdown. The airline will fly to Hawaii from San Diego, Oakland, San Jose and Sacramento, before adding interisland routes that include Maui, Hawaii island and Kauai.

The carrier has announced dates for the start of other Hawaiian routes, including Oakland and Maui on April 7, San Jose and Honolulu on May 5, and San Jose and Maui on May 26. On April 28, Southwest will begin interisland service four-times daily in each direction, between Honolulu and Kahului.

The airline will also launch service between Honolulu and Kona on May 12.

“At the peak of the service that we’ve already announced, we will be at 4,900 seats a day,” Southwest senior director Steven Swan said in a statement. “That’s 2,800 interisland air seats and 2,100 trans-Pacific air seats daily that have been added to the Hawaii market.”