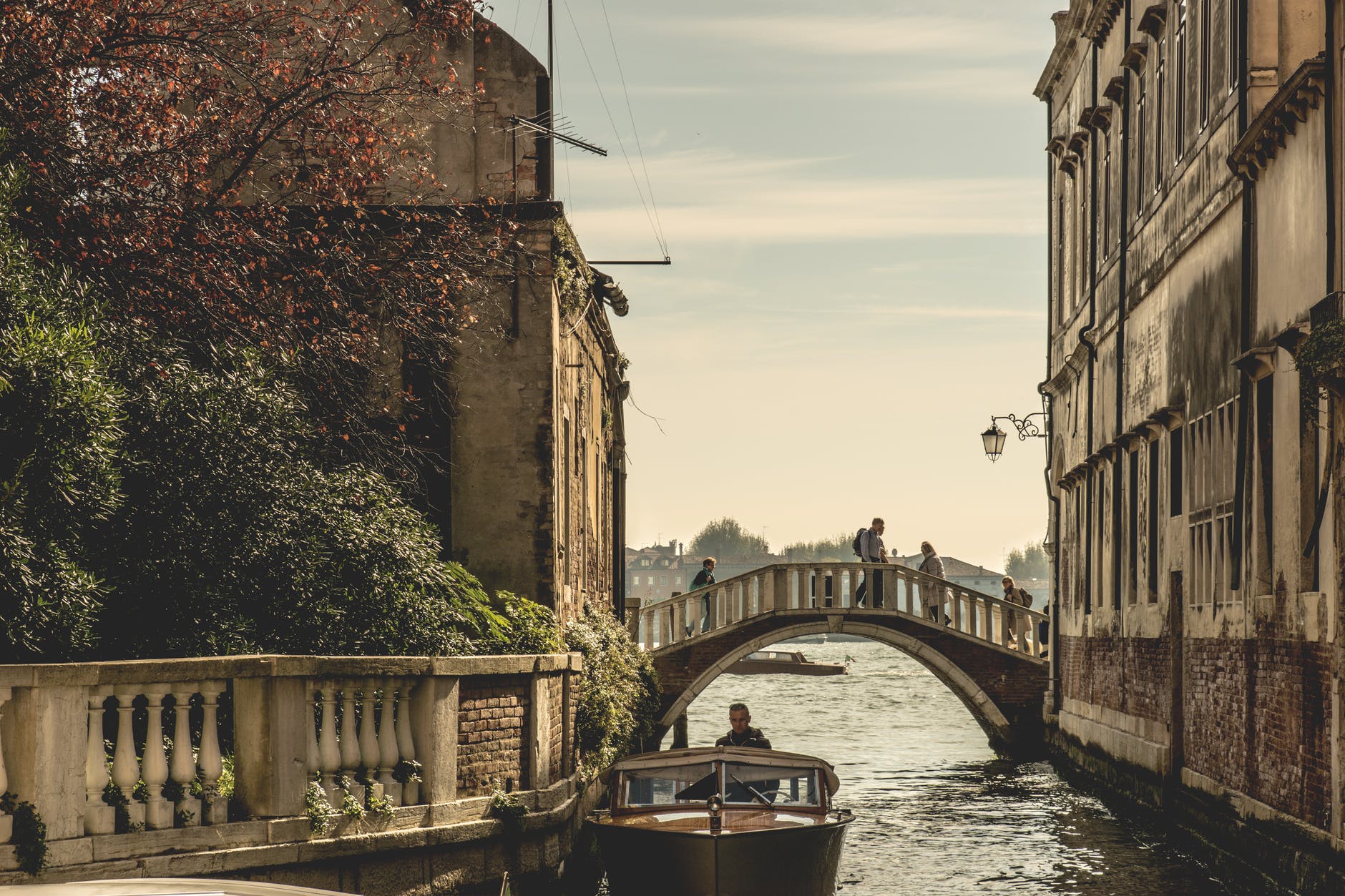 Who doesn’t love an Airbnb? Walking around your temporary digs like you’ve lived there your whole life, butt naked, chugging straight from the milk carton/rum bottle. Your temporary neighbours going about their European business of running around the apartment like their feet are made of stone (if they’re upstairs), or cooking something heartbreakingly delicious just as your waking up with a hangover (downstairs). But while independence when travelling is an awesome thing, Airbnb isn’t always the best choice for your Europe trip. Sometimes Stoke Travel is. Let us tell you why.

Sure, you can poop with the door open, but staying by yourself, or with your partner and/or group isn’t going to be the best way to meet new people. When you’re pre-drinking in the apartment it’ll just be you, and if you fail to meet anybody interesting while you’re out you’ll return to… just you. Contrast this with Stoke Travel’s Running of the Bulls camp, where you’ll be hosted alongside 1000 new best friends, potential lovers and legendary drinking buddies. Isn’t the whole point of travelling getting to know new people and maybe making out with them? Or at least finding couches all over the world to crash on? You won’t win friends in the suburbs.

One of the attractions of Airbnb is that it is cheaper than hotel chains, but during busy periods, like Europe’s biggest festivals, the savvy property owners of tourist hotspots – like Munich during Oktoberfest, or it’s awesome little April/May sister Springfest – know that travellers will dig deep into their budgets in order to secure a sought after place to lay their drunken heads. These property owners didn’t get to a position in life where they have surplus apartments to rent out to strangers without obtaining some sort of awareness of how the market works, and so when demand rises so will their prices, leaving you, the traveller, not only without any new friends, but also out of pocket. Stoke Travel camps are always the same price, with more inclusions, and while you won’t be lying in a nice warm bed, you’ll be having the time of your life camping with nice, warm, awesome individuals and groups from all over the world.

To be fair, either is staying with Stoke Travel, an organisation that prides itself on encouraging people to do beerbongs, but nevertheless, from Barcelona to Amsterdam and everywhere in between, Airbnb’s inability to stop businesses from purchasing apartments in the middle of cities, so that they then might rent them out on their platform, has changed the urban landscape across Europe, as families, the elderly and young people are increasingly unable to afford a life in the only neighbourhoods they’ve ever known. You might think with your Airbnb apartment that you’re having an authentic experience, when in reality you’re just surrounded by a bunch of tourists and a handful of locals who are wondering why you’re there. Stoke Travel most certainly doesn’t have a negative effect on the urban landscape.

There are no inclusions with Airbnb

Ok, maybe a half-drunk welcome beer left sitting on the kitchen counter, or a stiff and scratchy towel to use; maybe there is a pube-infested bar of soap on the shower floor. But not many inclusions come with Airbnb. At Stoke, however, we’re talking breakfasts and dinner, surf lessons, music festivals with international acts, daily yoga, all kinds of parties, guides to make sure you do the cool things, security staff on site to walk you to your tent when you can’t quite see straight – we’ve got inclusions coming out the wazoo! You can keep your Old Spice body wash.

Do you really need all the trappings of home?

We love Airbnb because you’re offered a nice place to relax, watch some tele and cook a meal while travelling. Isn’t that nice! But when you’re staring down the barrel of Spain’s biggest street party, or looking to reach the bottom of multiple litres of Bavarian beer, do you really need to watch Katching Up With The Kardooshians? We know that you don’t need to cook, because we’re doing it for you. Sure, maybe a mirror to beautify yourself would come in handy, but what’s the point when you’ve got nobody to present your adorable face to? This is festival season! We’re here to rage, not to potter around somebody else’s home. We’re here to take advantage of Stoke Travel’s all-you-can-drink beer and sangria bar, to dance with beautiful strangers and new friends from all over the world, to spin the Wheel of Misfortune, or at least to watch while others do and have to swap their underwear…

The post Why Airbnb Isn’t Always The Best Choice For Your Europe Trip appeared first on Stoke Travel.

from Stokepedia – Stoke Travel https://ift.tt/2JJtxue Visit Taylor & Co. Travel’s AllInclusive website at https://ift.tt/2ndHCGE for all your travel, wedding & accessory needs, and to book your Stoked Xperience or Destination Wedding!!!

Mexico and its multicultural heritage