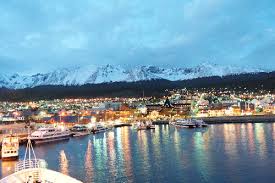 You want parties? We got parties.

Many were left wondering at the end of summer 2016 about what the island would be like after Carl Cox let go of his 15-year reign at Space with his Music is Revolution parties. Could this really be the last we see of arguably the most iconic DJ on the island? What even is Ibiza without Carl Cox?

Carl and his team gave fans a pretty strong indication that he had something brewing on New Year’s Day in London, when he wore a t-shirt throughout his set suggesting as much. But the questions remained: would Carl be returning for a weekly residency? And where? His beloved Space had closed its doors for good, where could he have possibly chosen to continue his legacy?

Fret no more good friends because the answers to those questions are now at hand. Carl Cox has announced two parties to take place at nightclub Privilege on July 11 and July 18. Entitled Pure Carl Cox he has enlisted the likes of Eats Everything, Joseph Capriati, Darren Emerson, The Martinez Brothers, Cassy, Nicole Moudaber, Kerry Chandler, Eric Powell and many more to bring the spirit of rave back to the white isle.

Tickets are available now via Pure Carl Cox Ibiza. And of course to really capitalise on your time in Ibiza when you’re not listening to Coxy smash it out, book your stay now at our Ibiza Beach Camp to enjoy free morning yoga, breakfast and lunch, open bar and great daily activities like cliff jumping, snorkeling, hikes, hippie markets and beach days with a bunch of your new best friends.

The siblings will bring their Wild Life party to the island for four consecutive Fridays from July 21st to August 11th. This could be your best chance to see the duo after they previously announced they will be scaling back their touring for 2017.

This is a surprise move from both Disclosure, being their first ever Ibiza residency, and from DC-10 whom are normally renowned for their underground parties — more likely to feature the sounds of Seth Troxler and Jamie Jones rather than deep house hits like Latch and You & Me.

No details have been announced as to who will be joining them at their soirees, but if their Wild Life Festival 2017 lineup in Brighton, UK is anything to go by, these will be very hot tickets.

Book tickets now via the Wild Life Ibiza website and reserve your place at our Ibiza Beach Camp for everything else you need to make it your best Ibiza experience ever. It includes great meals, open bar, free yoga every day, amazing Stokie hosts and more sunshine and beaches you can shake a sunscreen stick at.

Just in case you were worried about getting enough of everyone’s favourite/least favourite Frenchman at his F*** Me I’m Famous parties at Pacha, David Guetta has confirmed he will be returning to Ushuaia with his BIG parties every Monday. And in case you were in any doubt as to how these parties go down, you can rest assured that the all-caps used for the title are completely justified. Not only does the showman get the opportunity to live out his dreams of being a rockstar every Monday, partiers are treated to a smorgasbord of glowsticks, light-up batons, lasers, pyrotechnics and a whole range of BIG merchandise to really get you in the mood.

The opening party will happen on June 12 and will go on every week until the end of the world or August 28, whichever comes first. No word yet on which of David’s mates will be joining him, but we can all safely assume they won’t be small.

The walls, floors and doors formerly known as Space, but now housing Hï Ibiza, have unveiled details for their Thursday night house and techno party called In The Dark. In what is great news for fans of the genre and those that didn’t want the venue turned into an EDM echo chamber, the night will be headed up by certified masters of the scene Joris Voorn, Kölsch, Luciano, Nic Fanciulli and Steve Lawler.

The opening party will take place on June 8 and will run every Thursday until September 28 with guests still to be announced.

Live it up with David and your new best Stokie friends at our Ibiza Beach Camp which promises 100% good times but sadly no fireworks (just yoga, great food and fun times).

from Stokepedia – Stoke Travel http://ift.tt/2nSdTnq        Visit Taylor & Co. Travel’s AllInclusive website at www.TaylorAndCoTravel.com for all your travel, wedding & accessory needs, and to book your Stoked Xperience or Destination Wedding!!!